Should Your Partner Or Employer Be Tracking Your Period?

Contrary to what they claim, period tracking applications are contributing to the curbing of women’s bodily autonomy by creating sophisticated forms of surveillance.

Hostel curfews, CCTV cameras in public spaces, travel details to be shared with family members to keep them informed of movements outside the home—all these and a plethora of other methods are used systemically in the name of protection to control women’s movement and their bodies. In the digital era, menstrual surveillance is the new cause for concern.

Menstruation has always been surveilled in India in ways that restrict social life drastically and limit spaces that women can occupy while menstruating. Historically in India, this surveillance derives its roots from the Manusmriti which restricted menstruating women from participating in social and religious activities. The text directs men to locate menstruating women and avoid them in order to preserve their "energy, strength, sight." Moreover, several mythical taboos around menstrual blood have also been part of this surveillance. For instance, a rag soaked in period blood was considered to have powers to cast an evil eye on anyone who stepped on it and therefore, women were forced to bury them. Menstruating people were considered to be “hysteric, impure and emotionally unstable” because their bodies were “leaking”. Menstruation also often signified a failed pregnancy—something lamentable. Some of these misconceptions still exist.

Today, women’s bodies are targeted by digital applications, often in the name of safety or health. Many applications allow men (husbands, partners, and fathers) to track women when they are in the public sphere—in the name of security, of course. Some applications like PanSpy can be used even without the woman’s knowledge under the pretext that the aim of the tracking is to “surprise her”, presumably pleasantly.

FemTech or female technology (term coined in 2016 by Ida Tin, founder and CEO of the fertility tracking application, Clue) is estimated to be valued at 50 billion dollars by the year 2025. This up-and-coming industry of gadgets and applications claims to help women manage their reproductive cycles better and gain knowledge about their own bodies. It claims to demystify the female body by providing a space to explore and track bodily activities. Many period tracking applications are geared towards collecting valuable health data from women users for targeted advertisements and also encourage users to enable the feature which allows their partners to track their cycle. Allowing men to track a partner’s period cycle amounts to the patriarchal surveillance of the female body—no different from the “security” apps. The intrusive technology reinstates the very thing that it set out to undo by giving control of women's bodies to men.

Most of these applications are designed for an “ideal” woman who is undoubtedly white, heterosexual, and planning to have children before the age of thirty. Maggie Delano, a queer woman who tried tracking her cycle with one such application concluded that “they (were) yet another example of technology telling queer, unpartnered, infertile, and/or women uninterested in procreating, that they aren’t even women.” These applications do not track cycles that are shorter or longer than 22-30 days and don’t make room for what they call “bodily abnormalities” such as abortions and infertility. Moreover, they assume that all users are in stable relationships and desire pregnancy.

Period tracking applications encourage men to track their partner’s period ostensibly out of genuine concern or care but, in fact, they echo the panic of patriarchal conceptions of the female body, making them function as a tracking device that helps combat “female hysteria”. Reasons provided to steer men in this direction is to make them more "thoughtful, understanding partner(s)" by knowing when to “avoid combative conversations” or “put down darker sheets”.  It seems "nothing is sexier than a man taking initiative and thinking ahead." Fertility application Clue advises men to track their partners’ period cycle in order to understand bodily changes. The list of changes it says men need to be aware of frame menstruation as something that makes undesirable the otherwise pimple-free and perfectly breasted reproducing female body. The application then assumes that when not menstruating, bodies look perfect. The changes listed serve as a warning to men about the undesirable changes to come. Advising men to avoid combative conversations promotes the idea that women are emotionally unstable and incapable of rational thinking during a specific time of the month—something which is simply untrue.

The extremely intrusive nature of these applications is a cause for alarm because a user’s partner can track way more than their period cycle—extremely personal information such as vaginal discharge, food habits, alcohol consumption, exercise, etc. By asking partners to behave differently or perform certain activities like buying flowers or planning a weekend getaway, couples are being pushed further into a patriarchal relationship with established gender roles—the woman as the unstable, leaking body and the man who needs to save his damsel in menstrual distress. Altering social relationships, romantic or otherwise, purely on the basis of menstruation furthers the deterministic values of gender, making any escape impossible.

Even corporations encourage women to track their period cycles. Managers and other employers have access to this data and often make crucial decisions based on it, shockingly reinforcing the idea that women cannot be “trusted” with important work during a few days in a month. By providing paid versions free to employers, these applications can be accessed by human resource personnel to determine how “valuable” a female employee is to the company. Not only is this incredibly discriminating, it also helps employers limit healthcare provisions by turning to period and pregnancy trackers.

Contrary to what they claim, these technologies are contributing to the curbing of women’s bodily autonomy by creating sophisticated forms of surveillance. While the sharing of care work, which includes reproductive processes, and open conversations about bodies are much desired in relationships, the idea that these applications are gender neutral in their design doesn’t hold. Period tracking apps are using gender as a marketing ploy in ways that are dangerous to menstruating users. 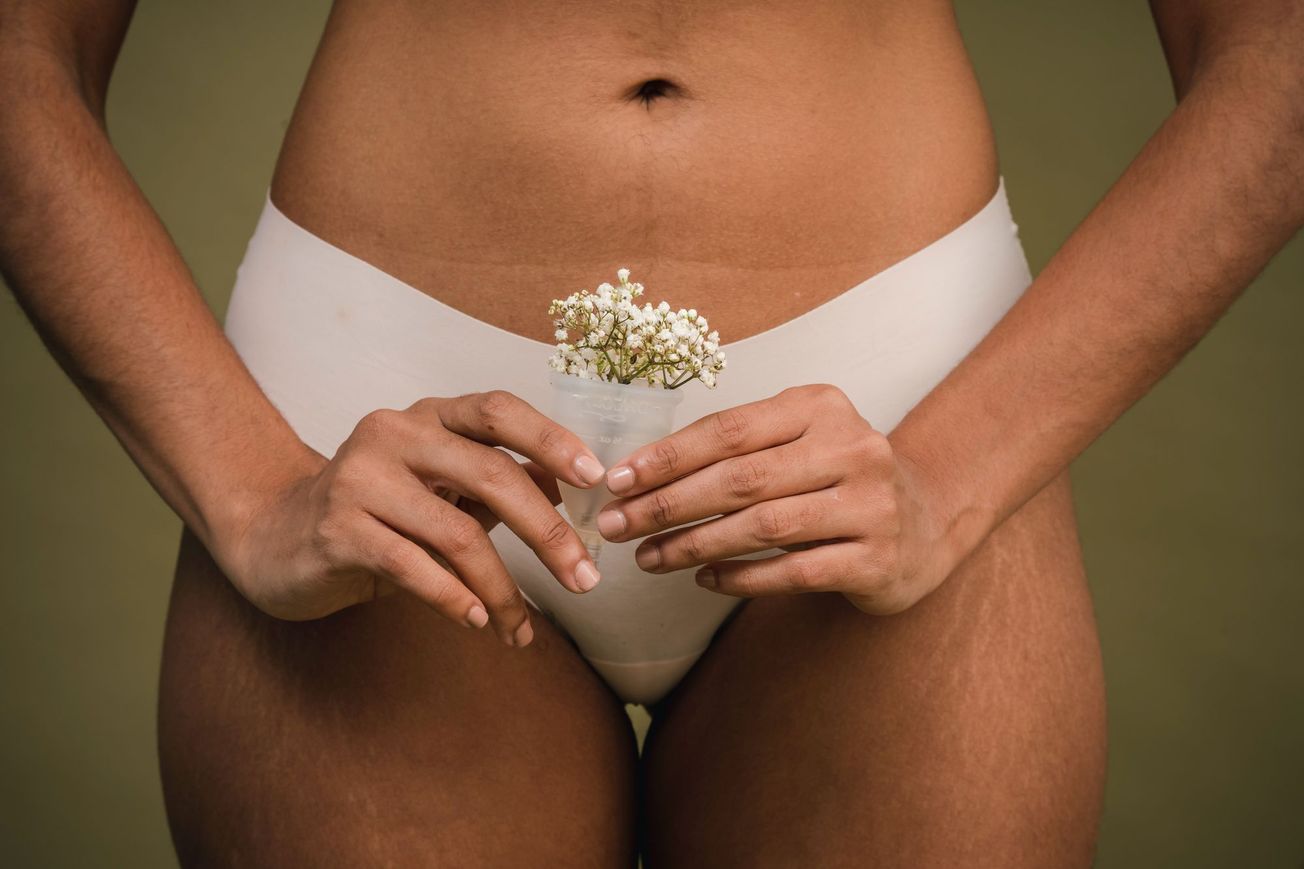 Being Asexual in a Country Where Sex Is Taboo 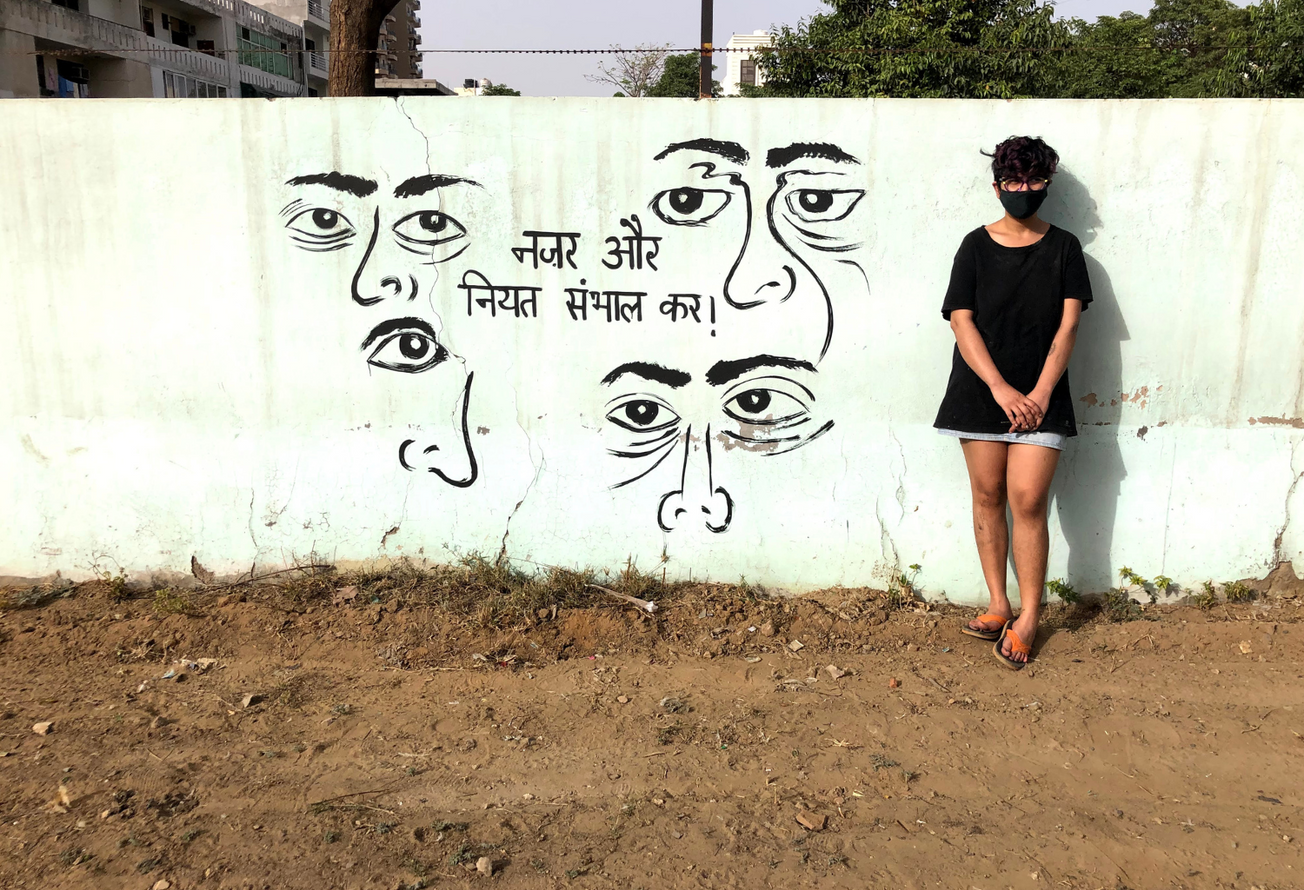 How to Master the Art of Flâneuring 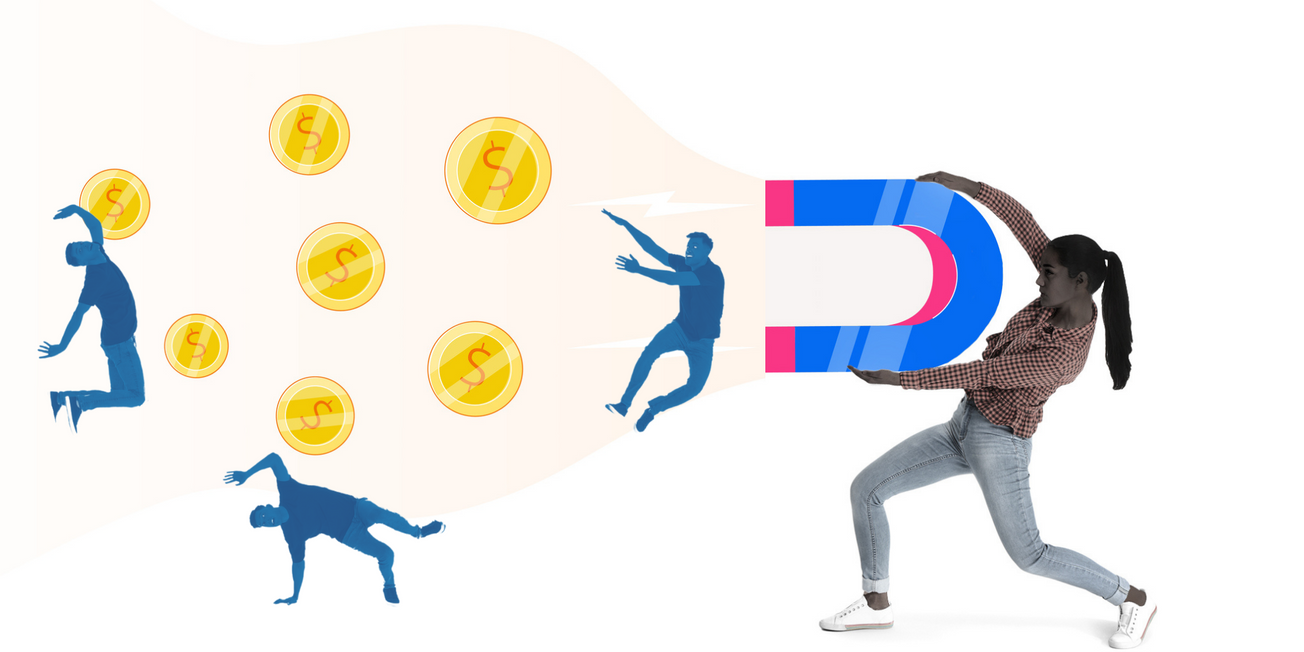 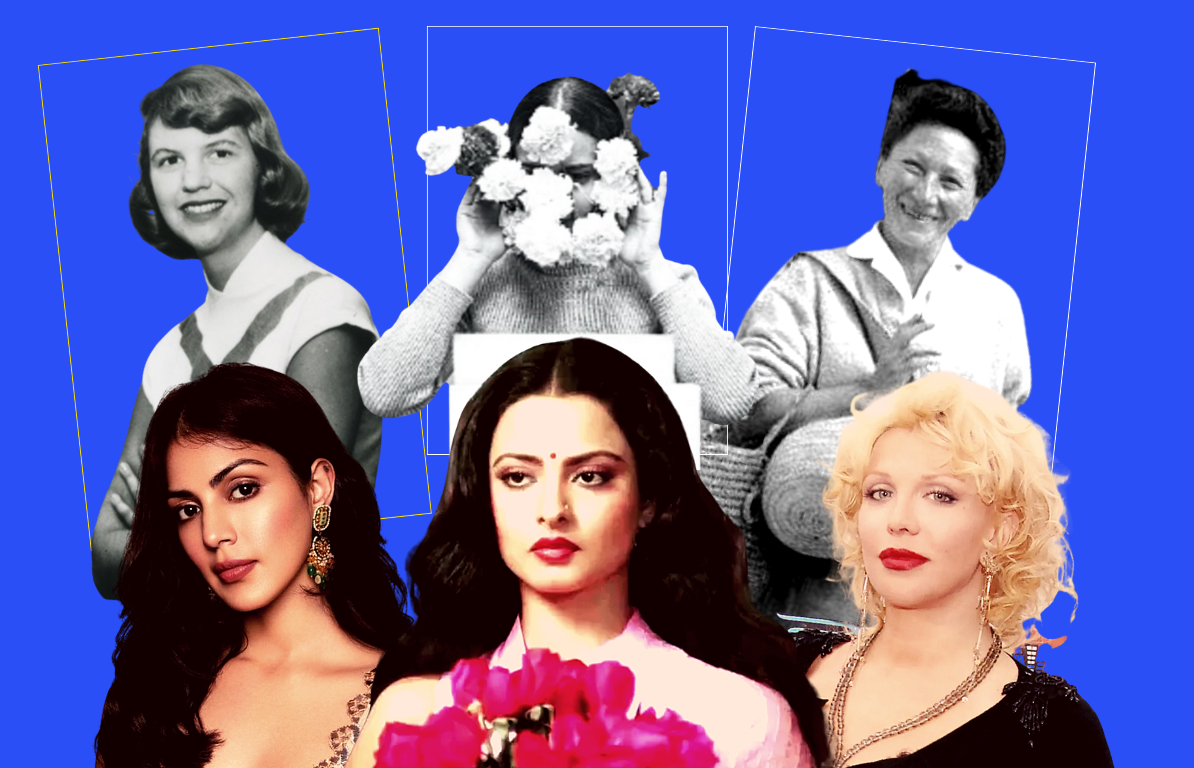 How Misogyny Shapes the Narratives around Celebrity Deaths 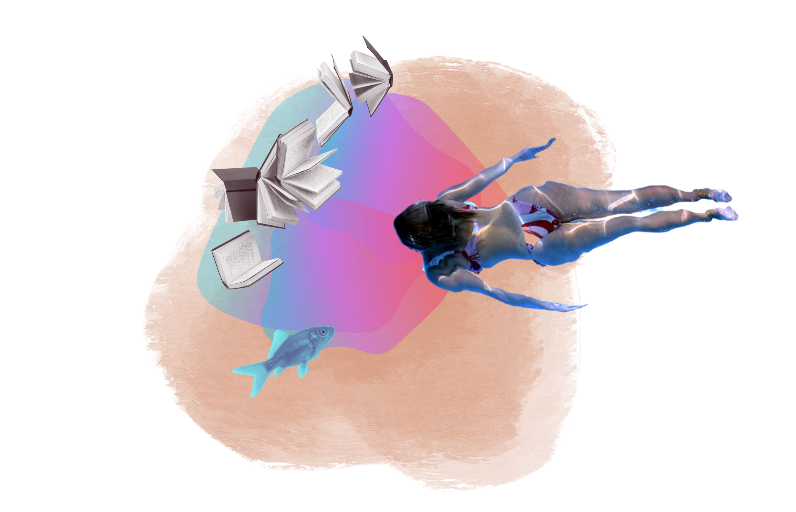 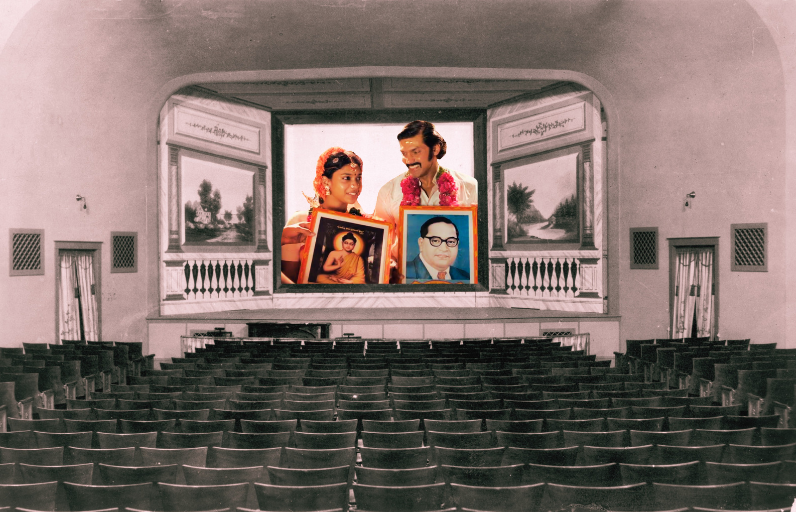