Simply pushing trans stories into heteronormative spaces is no longer enough. Being mindful of authentic representation is indispensable. What we need in the industry is more room for trans creatives. After all, trans folks have waited long enough to own their narratives.

The release of Badhaai Do (2022)  close on the heels of Ek Ladki Ko Dekha Toh Aisa Laga (2019) and Shubh Mangal Zyada Saavdhan (2020) gives us hope that LGBTQIA+ themes in cinema are growing into a real trend in India. Unsurprisingly, though, with the exception of Badhaai Do, most of these films are capitalising on queerness merely as a token premise. Glossing over the nuances, they end up whitewashing the very issues they claim to be championing. Look at Chandigarh Kare Aashiqui (2021) for instance. Released at the end of last year, it was positioned as the first-ever film to have a trans woman as a lead character. Manu (played by Ayushmann Khurrana), a gym owner, falls in love with Maanvi (Vaani Kapoor), who, it is later revealed, is a trans woman. The rest of the film mainly follows Manu’s journey of unlearning his transphobia. Even if we willingly overlook how the entire film was more about accommodating the inflated masculinity of its cishet hero and barely delved into the complexities of being a trans person in a largely transphobic country, there is still a major problem: the trans character, Maanvi, is played by a cisgender actor.

“Most times when I watch anything trans-related, I forget to breathe properly,” says black transsexual writer and activist Kuchenga, in her review of the Netflix documentary Disclosure (2021), a documentary made by trans-creatives that talks about the history of trans representation in pop media. For the longest time, mainstream media has portrayed trans people with the most garish broad strokes and Bollywood has been no different. Trans characters were mostly there as stereotypical beggars or sex-workers on the streets providing comic relief.  In Sadashiv Amrapurkar’s Sadak (1991) the trans character is an outright villain.

Cisgender actors playing trans roles have repeatedly spoken about artistic liberty. But representation is also about availing the opportunity to the marginalised trans artiste. Sushant Divgikr, a drag queen and trans artiste, joked in a reel that the lack of acting opportunities will relegate trans folx to playing trees in the background. When the visibility of a community is so sparse and problematic, authentic representation becomes a non-negotiable requirement.

FOUR BEAUTIFULLY MADE FILMS ABOUT TRANS PEOPLE THAT WOULD HAVE BENEFITTED FURTHER FROM AUTHENTIC REPRESENTATION.

A film about a trans woman bonding with the son she had sired before coming out, Transamerica is humane, nuanced, poignant, yet funny. For the most part unfurling through a road trip, the film had me, a repressed queer teenager at the time, hooked. Felicity Huffman, who plays the transitioning Sabrina Osbourne, won a Golden Globe for her performance. However, considering director Duncan Trucker was inspired by the story of his trans roommate writer Katherine Connella, an actual trans person as the lead would have turned this film into a bona fide benchmark.

As Hilary Swank walked up to the stage to receive her Oscar after bagging the ‘Best Actress’ award, a voiceover announced how she had “lived as a boy” for a month to play a transman. Boys Don’t Cry (1999) was the gritty biographical adaptation of Brandon Teena’s life—a transman who was brutally gang-raped and murdered. While the film is seminal in addressing the disproportionate violence trans lives are subjected to, that Oscar moment encapsulates how these stories end up being appropriated by the cisgender gaze.

This film is the biographical account of a trans woman Lily Elbe, one of the earliest people to undergo sex reassignment surgery. The film won the approval of viewers and critics alike. Set in the 1920s, it portrayed the unprecedented challenges a trans person had to surmount in order to transition. Eddie Redmayne, who was lauded for his performance as a trans woman, acknowledged that it was a “mistake” to accept the role and that he wouldn’t accept it if it was offered to him now. In a recent interview, he spoke about "years of cisgender success on the back of trans stories".

Film directed by B. S. Lingadevaru

Yet another biographical film, it was an important milestone for Indian cinema as it acknowledged the struggles of trans people. Based on the life of trans writer and activist Living Smile Vidya, the film talks about the bureaucratic and societal barriers that inundate the life of an Indian trans person. Sanchari Vijay, who played a trans woman on-screen, won a National Award for the film, but in the ”Best Actor” category—a reminder that cis folks  amass cultural capital playing trans characters.

While all of these films probably had the best of intentions, in their execution, they ended up excluding the very community they wanted to represent.

Just Another Love Story (2010) was inspired by the life of Chapal Bhaduri, the last surviving female impersonator of Indian folk theatre. Rituparno Ghosh, the well-known trans director and activist who died in 2013, played the dual roles of both Chapal Bhaduri and a trans filmmaker, Abhiroop Sen. The film captures the delicate nuance of how transwomen are often relegated to being the “other” woman in the lives of cisgender men. Ghosh’s heartfelt performance won them critical acclaim.

Chitrangada, Ghosh's last theatrical release before their demise, was truly their swan song. Rudra, a choreographer (Rituparno Ghosh) falls in love with an addict drummer (Jisshu Sengupta), while staging Tagore’s play Chitrangada, and decides to undergo sex-reassignment surgery. Loosely based on the story of a warrior princess from the Mahabharata, who wore the disguise of a man until she met Arjun (her future husband), the film becomes a semi-autobiographical extension of Ghosh’s journey exploring their own trans-ness.

This series was a game-changer in many ways. Focussing on women’s lives inside an American prison, it spoke about police brutality, sexism, racism, and queerphobia. And it gave the world Laverne Cox! Playing Sophia Burset, the resident hairdresser in Litchfield Correctional Institution, Cox was the first trans character to be part of the recurring cast in a series. Her fleshed out narrative set an example for better visibility and representation for trans people in pop culture.

In this brilliant Chilean film, trans actor  Daniela Vega plays Marina, who has just lost her boyfriend Orlando (Francisco Reyes) to a brain aneurysm. She has to fight the transphobia of his family, and the world at large, to attend his funeral. Vega’s performance captures the deep exclusion and gaslighting trans women regularly face. The film brought visibility to Chilean queer activists and might have played a role in garnering support for a pro-trans legislation that was passed the year following its release.

Simply pushing trans stories into heteronormative spaces is no longer enough. Being mindful of authentic representation is indispensable. What we need in the industry is more room for trans creatives. After all, trans folks have waited long enough to own their narratives. 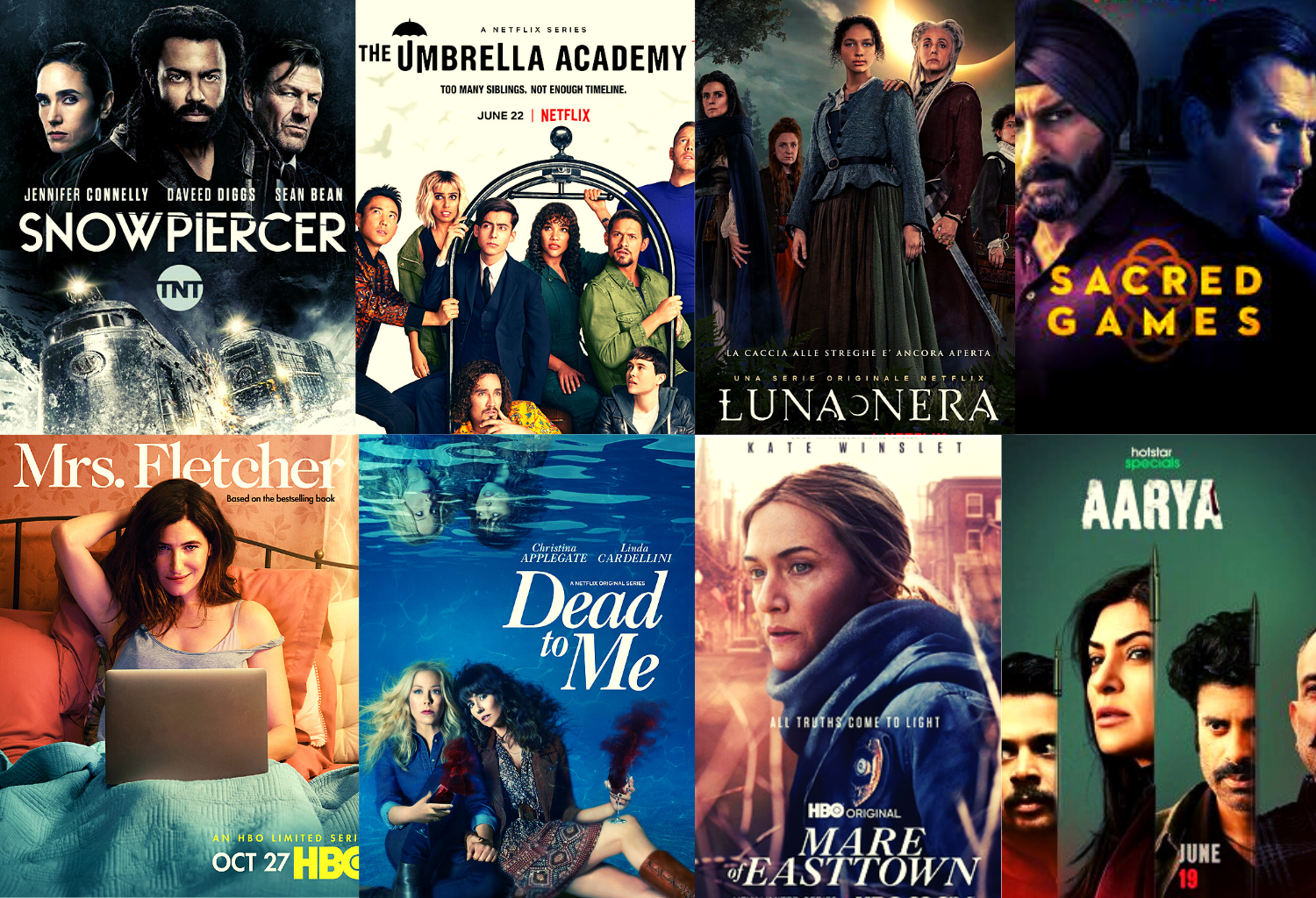