Why Gandhi Is No Longer Relevant for Many Indians

Why is Gandhi, a leader who could mobilise millions so effectively once, becoming increasingly irrelevant for a majority of India’s population?

Gandhi was a staunch Hindu by religion and a baniya by caste. Starting from this point would make things clear and comprehensive. It would also help understand why a leader who could mobilise millions so effectively once, is becoming increasingly irrelevant for a majority of India’s population which is made up of oppressed castes.

He consistently advocated the method he had innovated—satyagraha (satya: truth, agraha: insistence or appeal). Virtues of Gandhian thought have been discussed, documented, and extolled at length. But the downside of his ideology hasn’t been sufficiently explored. The major reason that led to the increasing irrelevance of Gandhian thought for marginalised castes after Independence had its roots in his deep-seated Hindu ethic. Although there were many attempts to compare Gandhian thought with Ambedkar’s ideas, the fundamental limitations of the former’s ideology were not thoroughly examined.

In 1921 for the London Times, Sir Valentine Chirol asked Gandhi what Swaraj (self-rule) would bring for India. Gandhi’s underwhelming response was that British courts would go, to be replaced by village panchayats. India would dispense justice "in accordance with her inner conscience," he said. There would be no universities, just traditional gurus teaching in "shaded groves open to God's air and light." Until the twentieth century, India was still mired in social evils such as Sati, female infanticide, and untouchability. Oppressed castes were denied access to education, and Manu’s casteist laws were practised. The traditional gurus and the dispensers of justice Gandhi had in mind were dominant caste Hindus who deprived the toiling masses of education and cringed at contact with the mere shadow of "outcasts". How would they be fit to impart education and dispense justice in an India free of colonial rule?

Though at first only British judges could preside over cases involving European subjects, the Ilbert Bill introduced in 1883 during Lord Ripon's tenure as Viceroy of India allowed even Indian judges to try Europeans living in India. Herein lay an opportunity for Indian leaders to draw inspiration and reinforce the concept of “equality before law”. Instead of adopting a justice delivery mechanism that aspired towards equality, Gandhi advocated for village panchayats that are caste panchayats with their own lopsided conceptions of justice majorly driven by religious and patriarchal ethics. The grave repercussions of this poor choice are still being felt and it is often the lower castes and women who bear the brunt of such apathy. In May 2021, a thirty-five year-old woman, who married for a second time after being divorced, was ordered by a caste panchayat to lick the spit of panchayat members served on banana leaves and fined one lakh rupees.

Was it Gandhi’s ignorance of social realities that didn’t allow him to see caste oppression? At any rate, he was not keen to reform unequal Hindu society with some of the progressive ideas Ambedkar was proposing at home or some others that were emerging in the West at the time.

From 1893-1914, Gandhi defended the Indian community in South Africa against racism (though he "felt strongly" against the "mixing of Kaffirs (Black people) with the Indians"). Upon his return to India, he perpetuated the same racism by supporting the caste system. Gandhi did campaign against untouchability and called out upper caste Indians for the miseries inflicted upon the lower castes but failed to call for the annihilation of caste as a system as Dr. Ambedkar did. How could Gandhi not see that caste violence violated his own doctrine of non-violence? This Gandhian double standard seems to be the hallmark of casteist Indians. During the "Black Lives Matter" campaign, many upper caste Indians displayed much outrage against white racist violence but are the same people who fail to recognise India’s own long history of oppression against Dalit and Adivasi people.

The link between casteism and racism is more apparent than most Gandhians would like to admit. Social scientist Kancha Ilaiah Shepherd puts forth the idea of caste as race in Buffalo Nationalism (2004). He writes about how the much-venerated white cow produces less milk compared to the black buffalo but Hindu culture does not have the same reverence for the buffalo nor does it extend extra protection to the animal because of its colour. Colourism and racism are embedded and enmeshed in the Indian casteist mindset.

The Jain ethic of non-violence or ahimsa might have deeply influenced Gandhi’s non-violent satyagraha. According to Jain philosophy, even agriculture production is a violent process as it involves killing of small creatures in the soil. But this “violence” becomes necessary to produce food. This strict asceticism rendered Jainism impractical, especially for the oppressed castes, thus confining its practice to small sections of the population. Shocking as it might seem to draw the connection, but how is the terror being propagated today by those who want a beef ban to be imposed not an extension of the same Jain-rooted Gandhian vegetarian ethic? Upper caste Indians have forgotten that their ancestors were the largest destroyers of cattle wealth during Vedic times when animals were slaughtered for religious sacrifice. Today, they parade as cattle protectors. This kind of fanatic vegetarianism affects the health and livelihoods of the poorest lower caste Indians. As George Orwell wrote (on things associated with Gandhi)—" homespun cloth, 'soul forces' and vegetarianism—were unappealing, and his medievalist program was obviously not viable in a backward, starving, over-populated country."

The gaps and ambiguity in the Gandhian thought reflect his inherent casteism that resonates with staunch Hindus and outfits such as the RSS (Rashtriya Swayamsevak Sangh) that work towards the goal of establishing a Hindu Rashtra.

The hypocrisy of his ‘non-violence’ approach reflects in Gandhi’s personal life too. He held deeply misogynistic views. Not only did he take to sleeping with young naked women, including his great niece, to test his celibacy vow, he was also of the view that women who were raped lost their inherent value of being humans (pretty much the mindset of people who perpetuate so-called honour killings today). And yet he is the Mahatma for millions of upper caste Indians. "The saint" in Arundhati Roy’s essay 'The Doctor and the Saint' who "never agonised over the extremely damaging things he had said and done on caste."

Saints should be considered guilty until they are proved innocent, as George Orwell wrote, but upper caste bias towards Gandhi is still too strong to question him. However, an icon of Gandhi’s stature can only be fully understood when we throw light on the less flattering dimensions of his personality—this should no longer be taboo. Gandhi's immense contribution to the independence movement remains undeniable, of course. But oppressed castes Indians, who are at the receiving end of the ill-effects of his legacy, have also been major contributors to India’s nation-building process. And among them, Gandhi’s influence continues to dwindle. 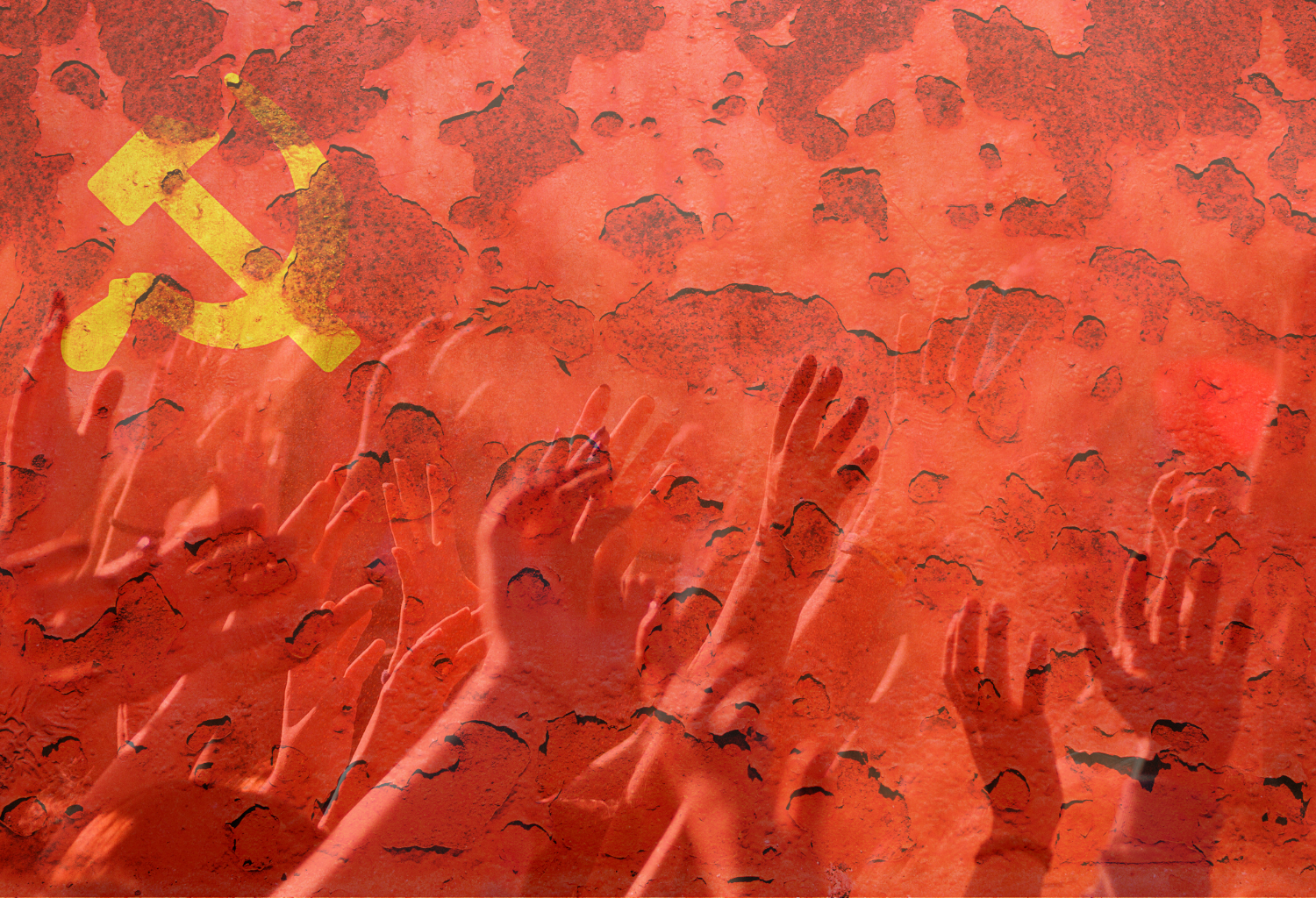 Can Indian Communists Really Even Dream of a Revolution? 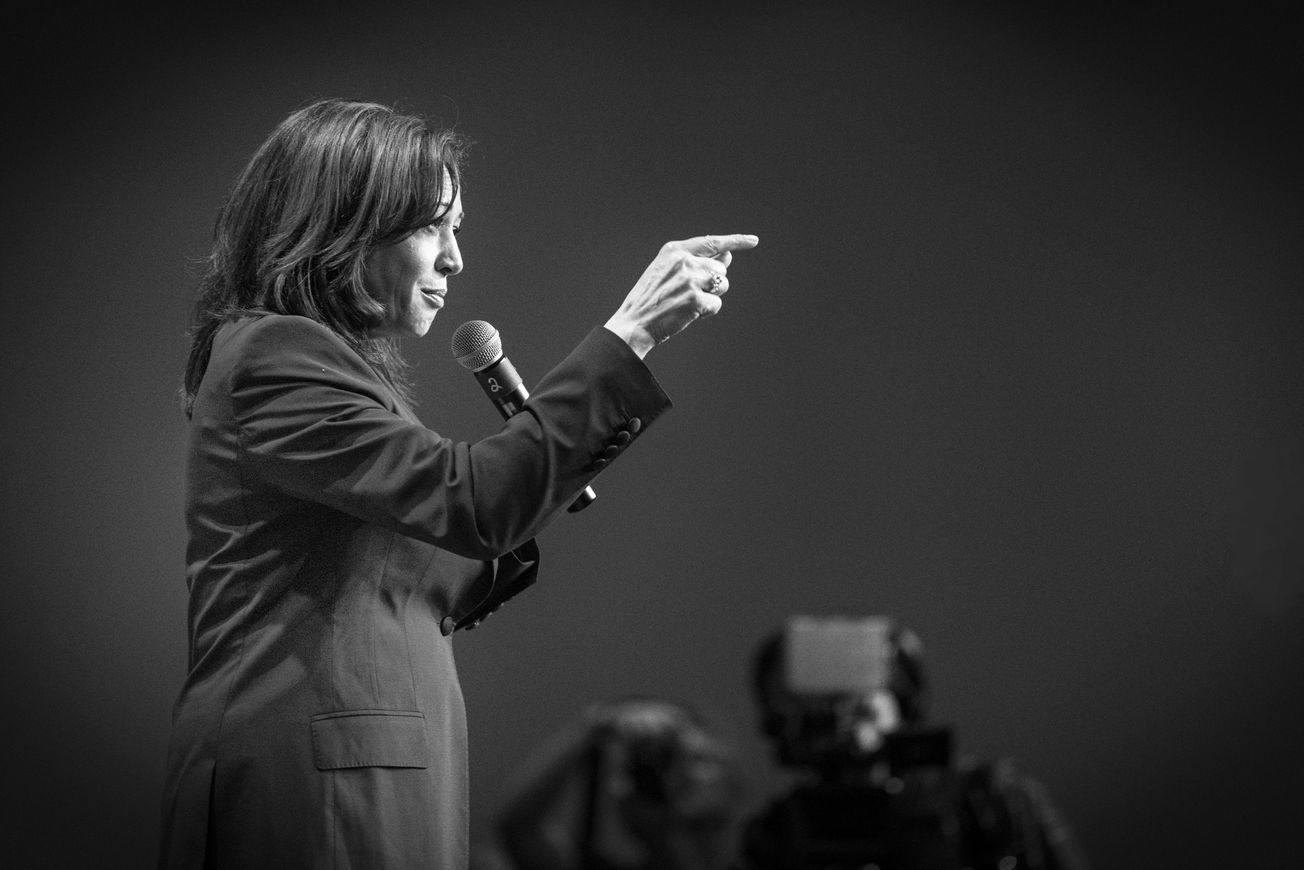 The False Dawns of Feminist Futures. Why Electing Women Leaders Won't Save Us 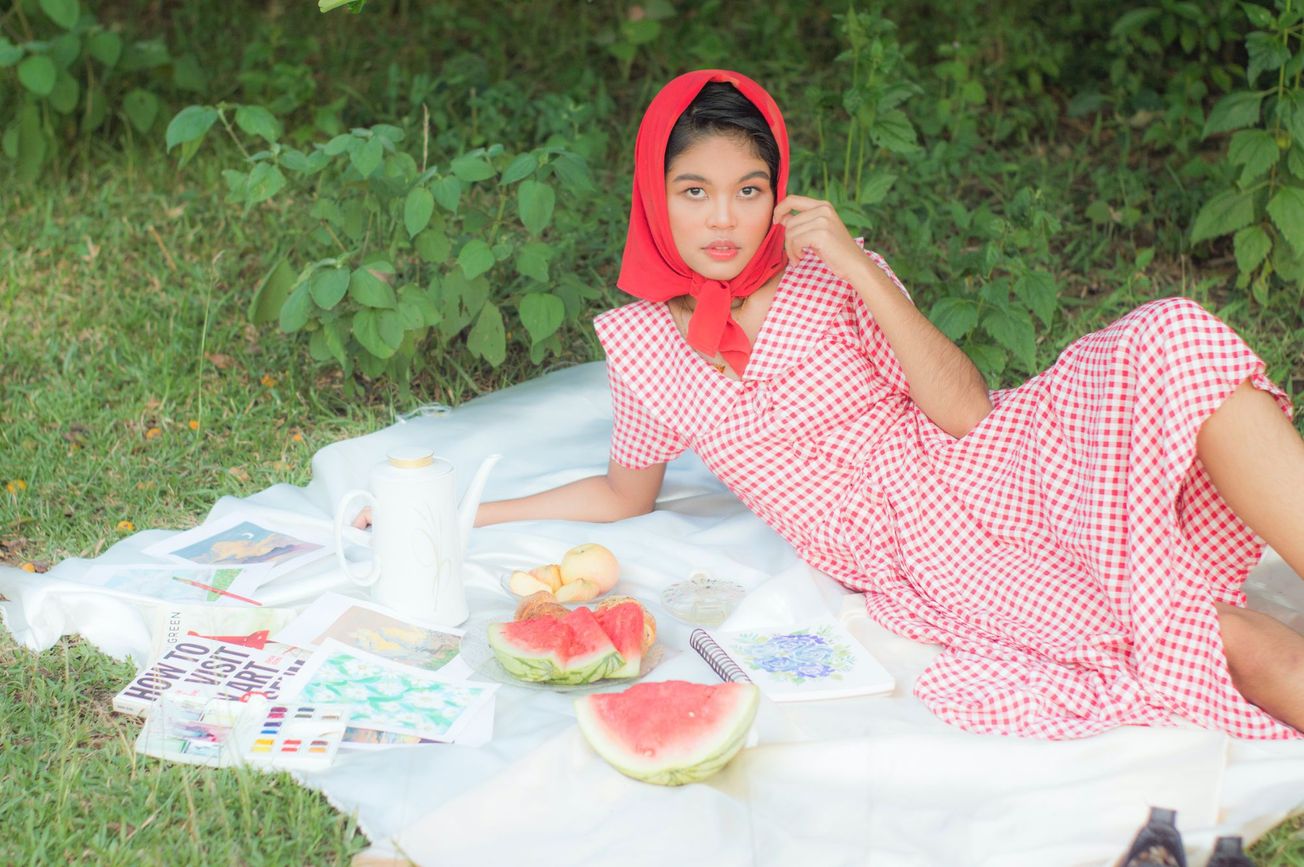 Cottagecore: Reimagining the Rural Through the Digital 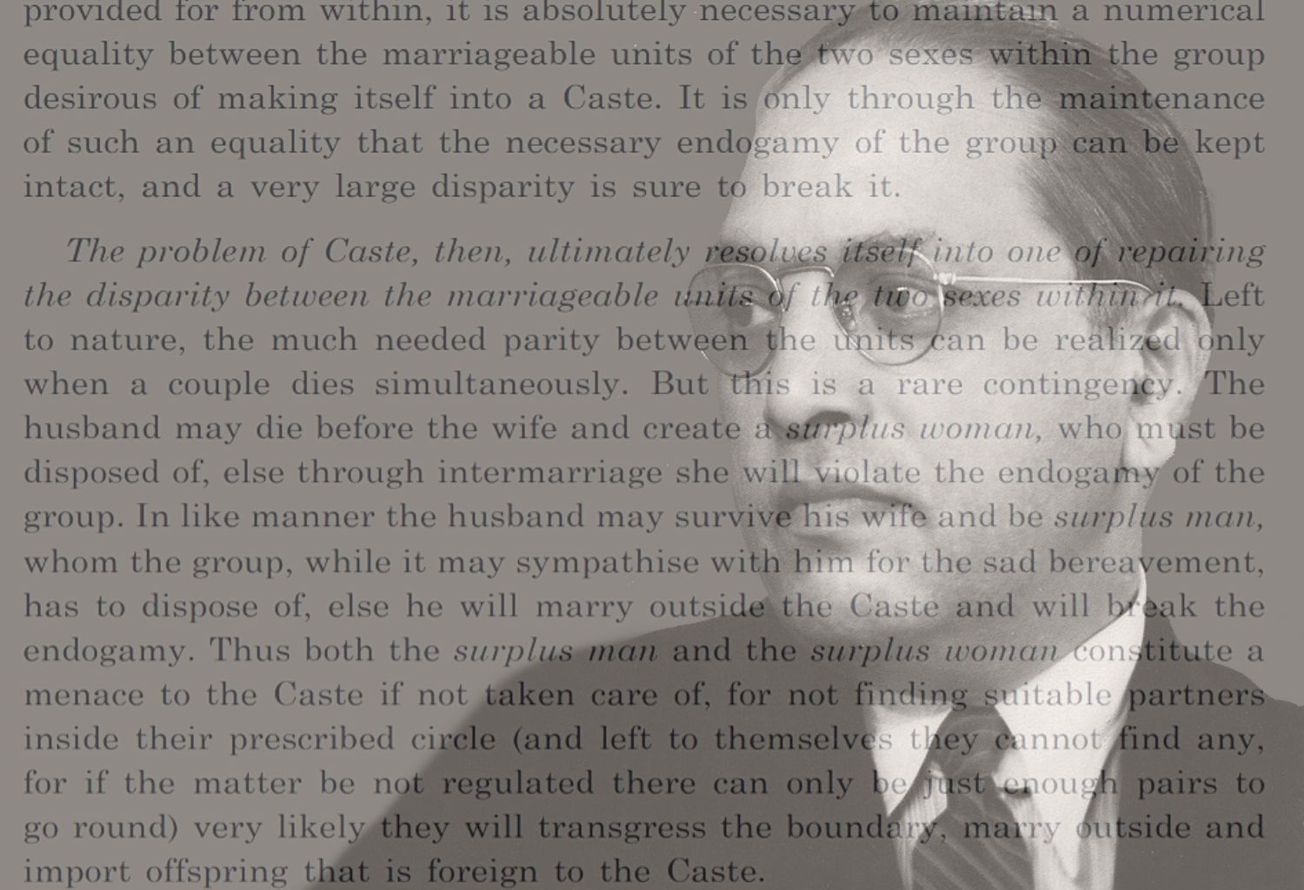