How to respond to people who try to derail you when you defend the right of Muslim girls to wear the hijab to school.

Just saying “200 million” to scare people as if there is a large, dangerous group threatening the rest does not change facts. Please look at census data. Muslims are a minority group in India. Also, even if they were not a minority, there’d be no reason to police women with Hijab bans. This is the rhetoric of misogyny and of bigotry.

STOP. We are not in Saudi Arabia. Besides, citing examples of repressive regimes to brand all Muslims as extremists is absurd.

3. Why don’t you say anything when “they” are being violent?

This is a typical ploy—deflection. Give a moral justification for violence perpetrated by a "favoured group" by portraying the other as evil or dangerous. Also used by Nazis in their murderous propaganda against Jewish people. Fascist regimes lead to horrors that benefit no one. Read history.

4. Have you forgotten love jihad?

Also deflection. Relying on a propagandist, patriarchal, Hindu supremacist lie that bears no connection to the debate on the Hijab ban. The ridiculous suggestion here is: Muslim men are a threat to Hindu women (who are owned by hindu men), so it’s fine to attack Muslim women.

5. Educational institutions decide how students should be dressed.

Firstly, in this case, the “decision” is being made by sanghi goons backed by a BJP government. Secondly, educational institutions are not beyond reproach. They don’t own their students. They can and should be questioned over discriminatory practices.

6. Uniformity is the solution.

“The solution” has a very Nazi ring to it. What is uniformity the solution for? Erasure of diversity is not the same thing as removing markers of wealth or privilege (the latter being a reasonable argument for school uniforms). When seen from the point of view of someone who does NOT want it, uniformity becomes oppression.

7. “These people” are very hard-core about their beliefs.

This kind of “othering”, the singling out of a group as dangerously devout, has a simple name—prejudice. There is nothing rational about it. there may be “hard-core” religious people in every religion. But not every person who practices a religion with fervour is violent or dangerous.

This is the usual “us vs. them” script— dehumanize the other to justify violence perpetrated by a favoured group for an imaginary wrong. Facts about “them”: Muslims are among India’s most disadvantaged communities; have the lowest rate of enrolment in higher studies; face discrimination in employment and housing.

9. Muslim women support “their men” who are extremists.

Sexist beyond words. Also, no one should really have to say “not all Muslims are terrorists”. Neither should we require studies to prove that. But for those who still need proof—there have been many studies such as research by Pew Research Centre focused on the world’s Muslims that show how a majority of Muslims oppose extremism. Perhaps, we need similar studies for Hindus now.

*Edited: This figure was quoted as 138 million in a previous version of this post 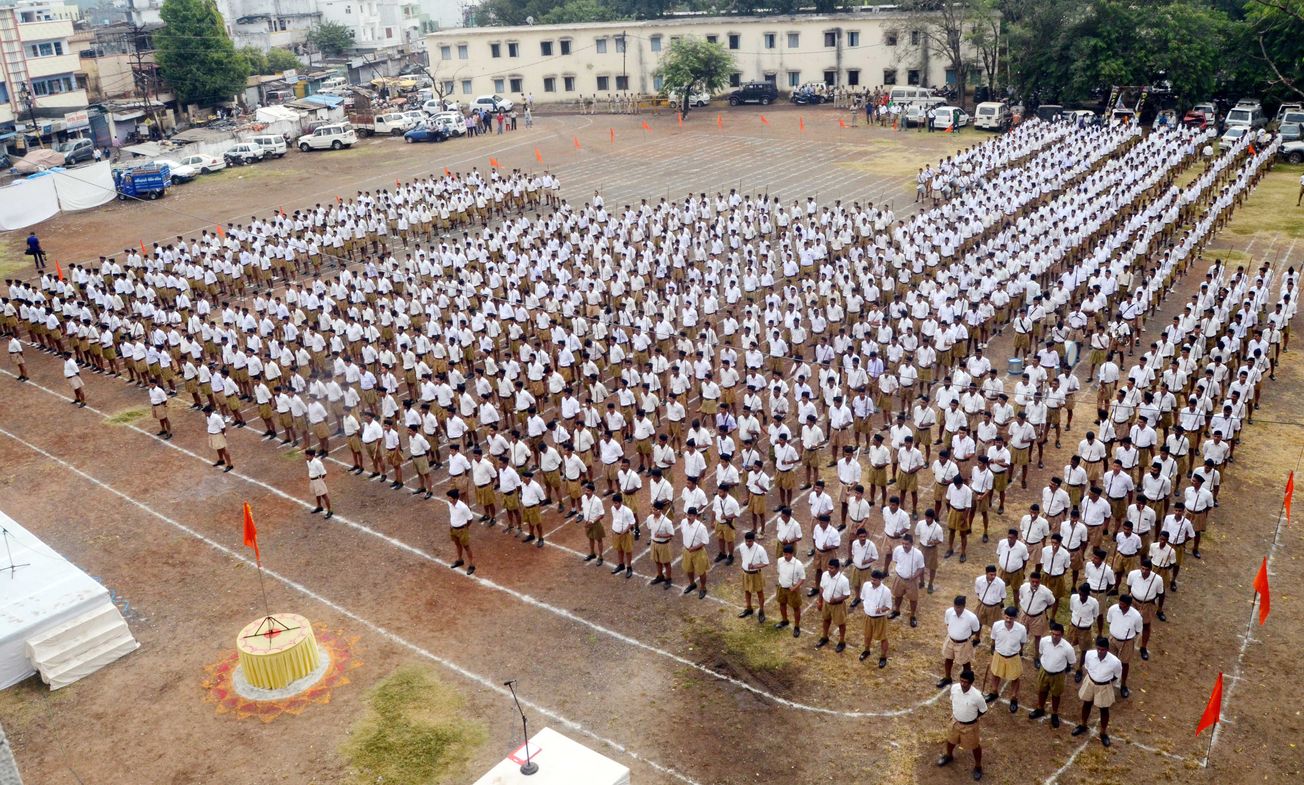 What Does a Misogynist Sanghi Future Hold for Indian Women?